An Evening With Matt Minglewood

We had the opportunity to see Matt Minglewood up close and personal last night at Point Rock. He took us on a marvelous two-hour journey through his vast songbook of rock and blues, highlighting some of his personal favourites while stirring old memories and creating new ones.

We have been fans of Matt since the Moon-Minglewood and the Universal Power days (yes, we’re dating ourselves!) through to the more intimate, acoustic style Stories concerts that he now performs. At one time we lived within walking distance of the Misty Moon when it was on Kempt Road so we got to see him a lot. His music has literally ‘struck a chord’ in our lives.

He opened this concert with Me And The Boys and finished with Travelin’ Man, two of our all-time favourites (which ones aren’t?!). Switching between acoustic guitars and an electric piano he filled both sets with hits like Dorchester, Patriot’s Game and his signature, Can’t You See. All of us even did a sing-along to Caledonia! But the high point, and this was tough with all these great songs, was his rendition of Rita MacNeil’s, Working Man, which he dedicated to Rita. We know that his voice reached heaven on this one so we’re sure that she heard it.

We loved the blend of music and musings, hearing stories about the songs, as well as the acoustic versions of songs we know so well.

Here are a couple of more photos from this evening: 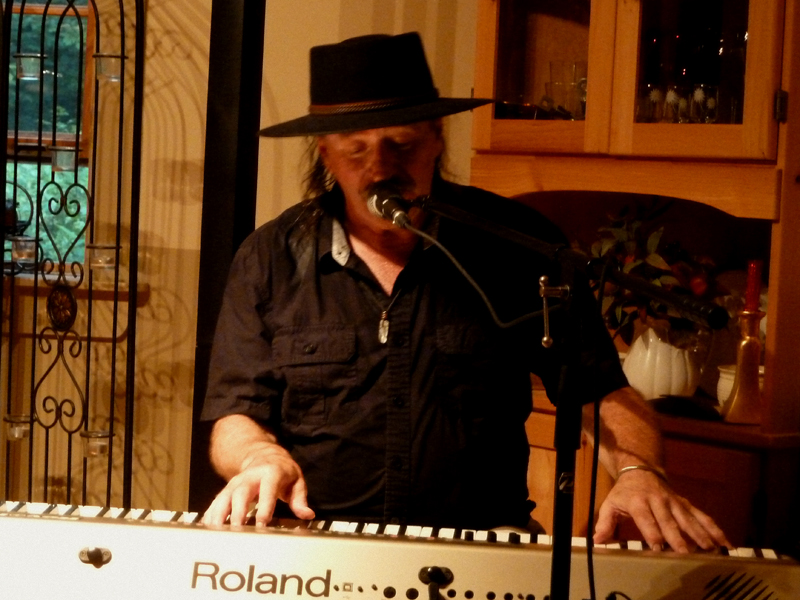 After the concert we got a chance to personally thank Matt for many, many great memories over the years. We even got the chance to show him some photos of himself and the late, great Enver Sampson that we took at the Metro Center concert in the early eighties.

It truly was a great evening of music and friends in a venue that has quickly become one of our favourites. Thanks, Mary! Thanks, Matt!

We’ll leave you with the official video for his 1985 hit, Me and the Boys:

Of course, you can see lots more Minglewood videos here.

You can also check out his website and tour dates here.