We spent a wonderful Canada Day at the Boardwalk Artists Fair at Alderney Landing on the Dartmouth waterfront.

Alderney Landing is a convention centre, art gallery and theatre facility in Dartmouth, Nova Scotia that promotes community and cultural programming. It is also home to the Alderney Farmer’s Market that is held every Saturday morning.

The Boardwalk Artists Fair is held once a year in partnership with Halifax-Dartmouth Canada Day Celebrations. It is a 1-day event that transforms the Dartmouth Waterfront into an outdoor art gallery, featuring the work of local painters, photographers, jewelers, potters, woodworkers, metalsmiths and more. All works of art are the original creations of the participating artists, who were on hand throughout the day to meet and talk with visitors.

In addition to the artists fair Canada’s 146th birthday was celebrated in fine style. The day started with a pancake breakfast sponsored by Holiday Inn Harbourview, a flag raising by the Air Force Cadets, remarks from Councillor Gloria McCluskey, MLA Marilyn More, and MP Robert Chisholm and the Dalhousie Swing and Dance Society gave a performance.

There were all kinds of kids activities throughout the day, painted faces galore and one very busy balloon animal maker! Canada flags were everywhere.

There was birthday cake served at noon as we all sang a hall-filling rendition of Happy Birthday. Trays of Maple leaf cookies (always a favourite!) were served in the afternoon

Speaking of singing, the karaoke certainly kept the spirits high. Who knew that there are so many karaoke stars in our midst?! 🙂

As with our other forays into the wonderful world of craft marketing it was great meeting everyone. And there were so many! Arriving in waves! Indeed!

We spoke with old customers (you know what we mean! :)) and met new ones. We spoke with people from other Canadian provinces. We spoke with people from other countries. We spoke with locals, lots of locals. Halagonians, Dartmouthians, Western, Eastern and South Shorians, Vallyers, Capers. Yes, the province was well represented at its capital for this day of celebration. There were friends from both sides of the harbour, those visiting us from the surrounding areas, some close and some from far away. Some ‘friends’ came from even further away thanks to the cruise ship, Veendam, which came into port at 9:00am with 1266 passengers. It was nice to hear how much they were enjoying their visit.

Because it was Canada Day most all of the patrons and visitors were regaled in their bright reds, funky hats, bobbling antennae, temporary tattoos, crimson lips and shirts with Canuck-speak slogans. A sea of smiling faces sailing through celebrating Canadian-style.

We jokingly referred above to visitors “arriving in waves”. It really was no joke. The Halifax/Dartmouth ferry was in full operation on this holiday bringing lots of people to the Dartmouth waterfront every fifteen minutes or so. Rides were free all day making this one of the best deals in town! Where else can you get in touch with our Nova Scotian roots than on a salt-aired harbour cruise with a great destination on either end, and for free?! Heck, for two and a quarter it’s a great deal any day! 🙂 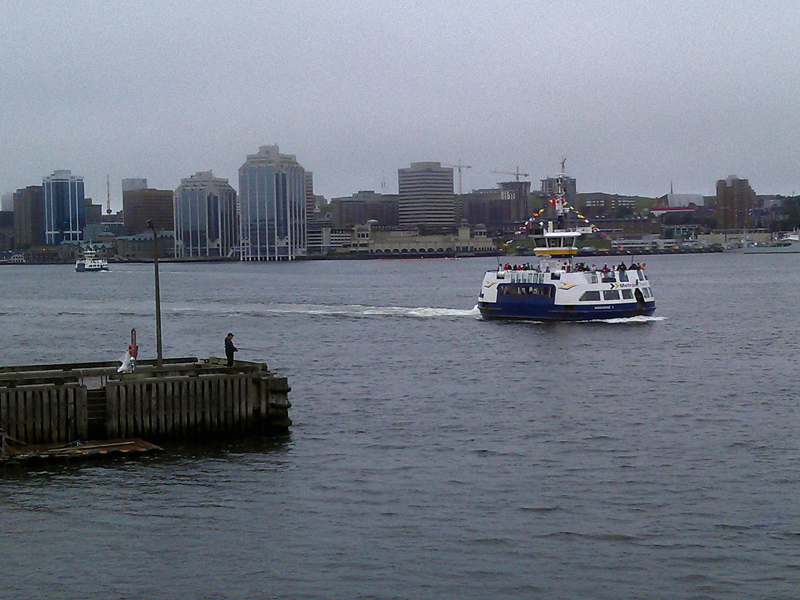 We also got a chance to meet up with some of our craft and artist friends, and to meet new ones! We spoke with so many of the other artists including Emme-Line Knits, Made By Gretchen, Laughing Pear Soap, Shape Shifter, Softly Soap and Keith Iron Art Forge. We have said this before, we always enjoy this part of the market. It means so much to us to be a part of such a welcoming community. 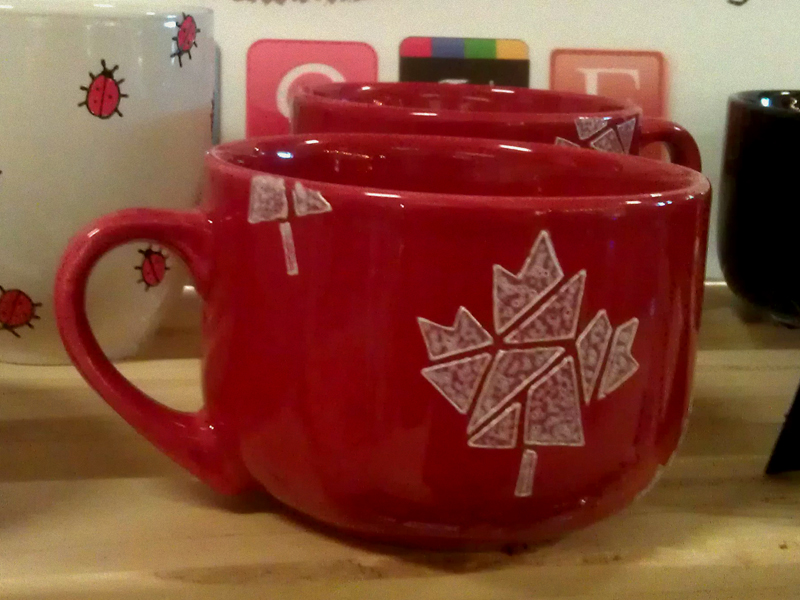 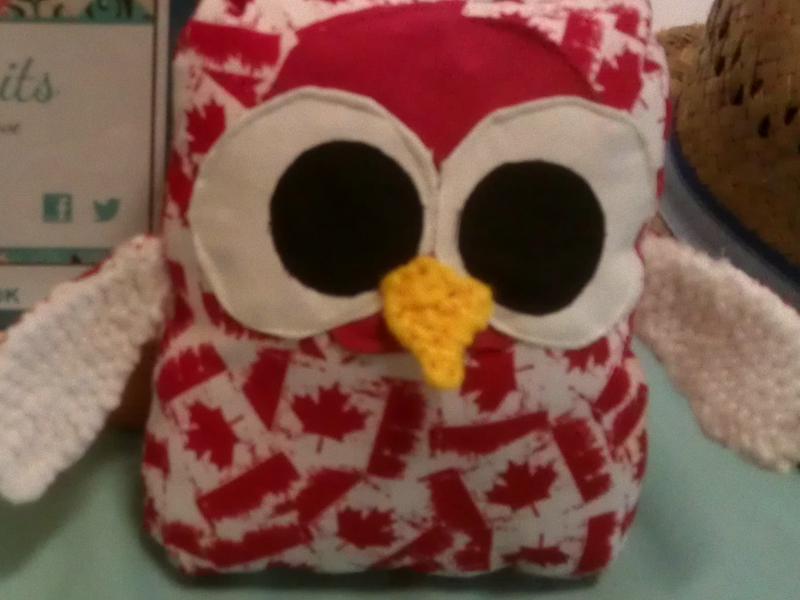 We were able to sneak in a bit of shopping ourselves and came away with, what we call, a pretty good haul. However, there were so many awesome products available from so many genres of art and craft that it was hard to choose from. There were items made of fabric, woodcarvings, woodturnings, paintings, photography, soaps, metal, glass, knitting, sculpture, papercraft and more. We finally narrowed it down to a pair of Daisy Wine Glasses from Made By Gretchen, a variety of soap from Softly Soap and a really cool snake made from a railroad spike from Keith Iron Art Forge: 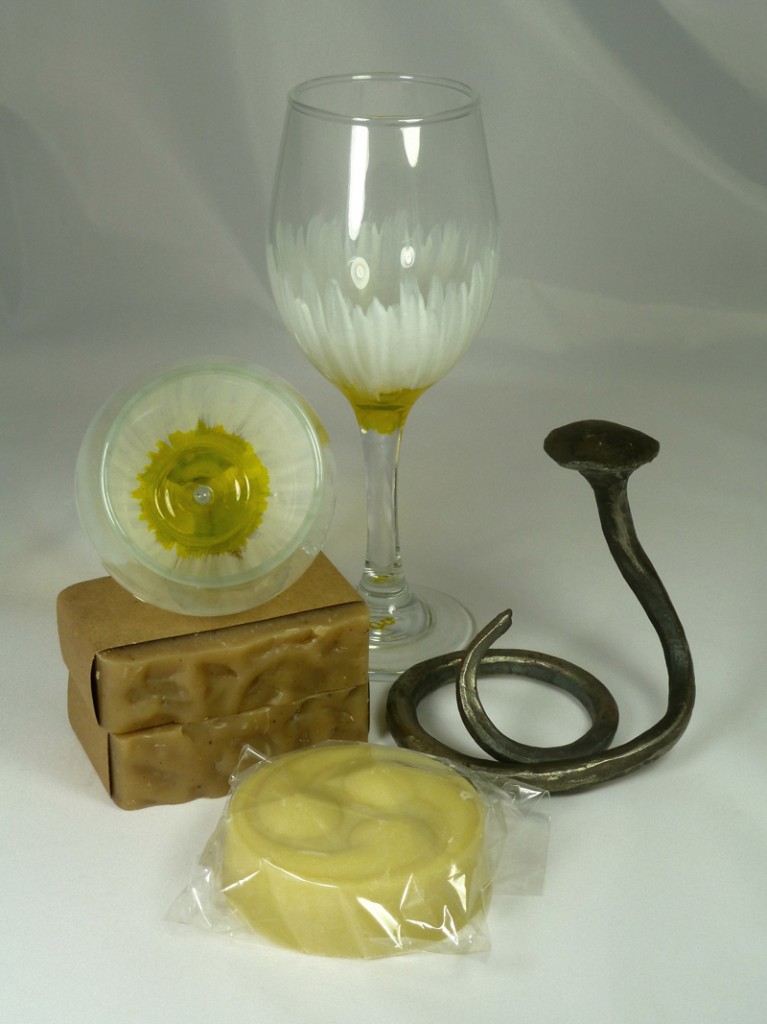 This was our first time at this fair as a seller and, as you can easily imagine, we had an awesome time!

The day, like the past dozen or so, called for rain so the fair was held inside instead of outside on the boardwalk as planned. Though a bit unfortunate, our disappointment was dissolved by sporadic rain and mist that prevailed throughout the morning. We were glad to be inside. Happily, and surprisingly, things started to dry in the early afternoon and by midday we were treated to blue sky and sunshine for the first time since, well, whenever!

As we were closing for the day people were starting to gather for The Canada Day Main Event, the 5th annual free concert. This year’s event featured Juno Nominees, Tokyo Police Club along with Paper Lions, Gloryhound, The Elwins and more.

It was truly a joyous day, celebrating all the great things that it means to be Canadian!

Happy Canada Day, everyone! Hope to see you all again at next year’s Boardwalk Artists Fair! 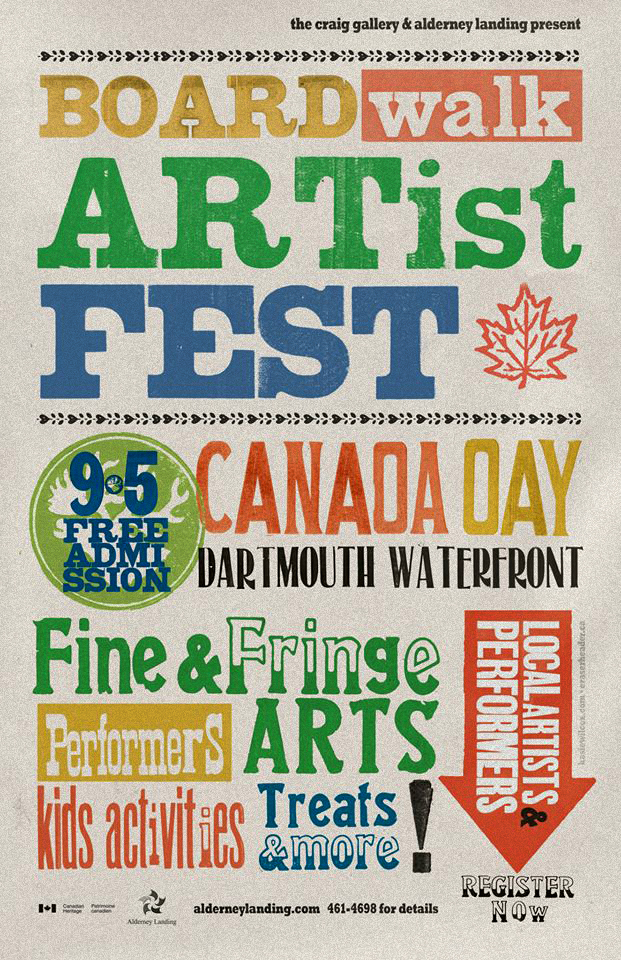