What Is A Spurtle? 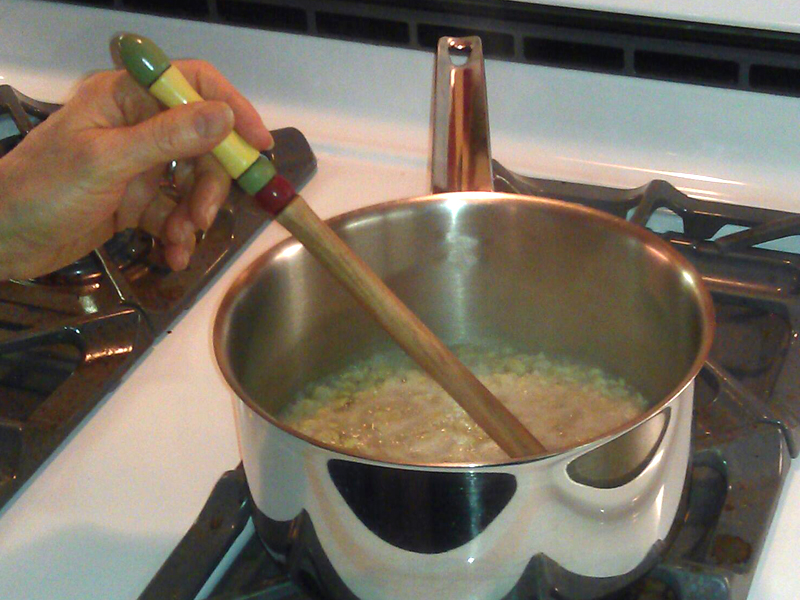 We started making spurtles several years ago when we were looking for a suitable utensil to stir our morning oatmeal. Then, with the interest generated by our friends and family, we started making them for sale.

Because of this we’re often asked, “What is a spurtle?” Let us explain…

A spurtle (or “spirtle”) is a kitchen utensil of Scottish descent, dating from around the fifteenth century, that is used for stirring.

It was originally a flat, wooden, spatula-like utensil, used for flipping oatcakes on a hot griddle (the Scottish equivalent to a griddle) but over time, the original implement changed shape and began being used specifically for stirring oatmeal, porridge and soups.

A spurtle looks like a fat wooden dowel, often with a contoured end to give the user a better grip. This rod-like shape is designed to allow constant stirring which prevents the porridge or oatmeal from congealing and becoming lumpy and unappetizing (definitely an oatmeal no-no!). This shape also allows it to easily get into the corners of the pot.

Traditionally, spurtles were made from Scottish Maple trees. However, we make ours from Maple trees grown locally, right here in New Scotland. 🙂 We also decorate them a bit so that they will make a great addition to any kitchen!

And speaking of oatmeal porridge, because of its high content of complex carbohydrates and soluble fibre, the daily consumption of a bowl of oatmeal encourages slow digestion (keeps you feeling full), stabilizes blood-glucose levels and lowers blood cholesterol.

So, for a delicious and nutritious breakfast make some oatmeal!

Here’s the recipe we use:

Simply place 2 cups of cold water in a saucepan with a pinch of salt.  Cover and bring to a boil.  Add 1 cup of large flake oats and simmer uncovered, stirring occasionally (with your Spurtle!) for 10 minutes. Then divide into 2 cereal bowls and top with nuts, seeds,  dried fruit or fresh fruit, maple syrup, milk or other toppings of your choice. Makes 2 servings. Enjoy!

And don’t forget, World Porridge Day is on October 10th every year! 🙂

If you are interested, you can find our Spurtles here

Keep Your Cutting Board Looking Beautiful
What Is A Peel?
Caring For Your Wooden Bowl